Elections cost money, big money. In 2004, the political parties and candidates for the President and Congress spent over three billion dollars attempting to win office. Two years later, in the 2006-midterm elections, Congressional candidates alone almost equaled all spending in 2004.

It seems that no price is too high to maintain or obtain power and position in Washington. So where does most of this money come from? Two words, "special interests."

Directly or through their powerful Washington lobbyists, foreign and domestic corporations, unions and even governments pour billions of dollars into Washington each and every year. Why. maybe it's because a single decision of Congress can mean millions, if not billions of dollars to a particular special interest.

Washington has become so polluted that special interests not only get favorable laws passed, but they and their powerful Washington lobbyists often write the legislation.

The cumulative effect of Washington's campaign finance system is far more expensive than the billions of dollars in political favors it generates. When elected officials place special interests before America's interests democracy is lost. a cost no American can afford.

aspires to provide every American with the necessary tools to lobby their government so their interests are placed before corporate and special interests.

For all the latest news, check the blog.

Sign the proclamation to stop money's corrupting influence over Washington. 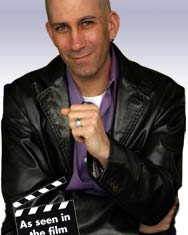